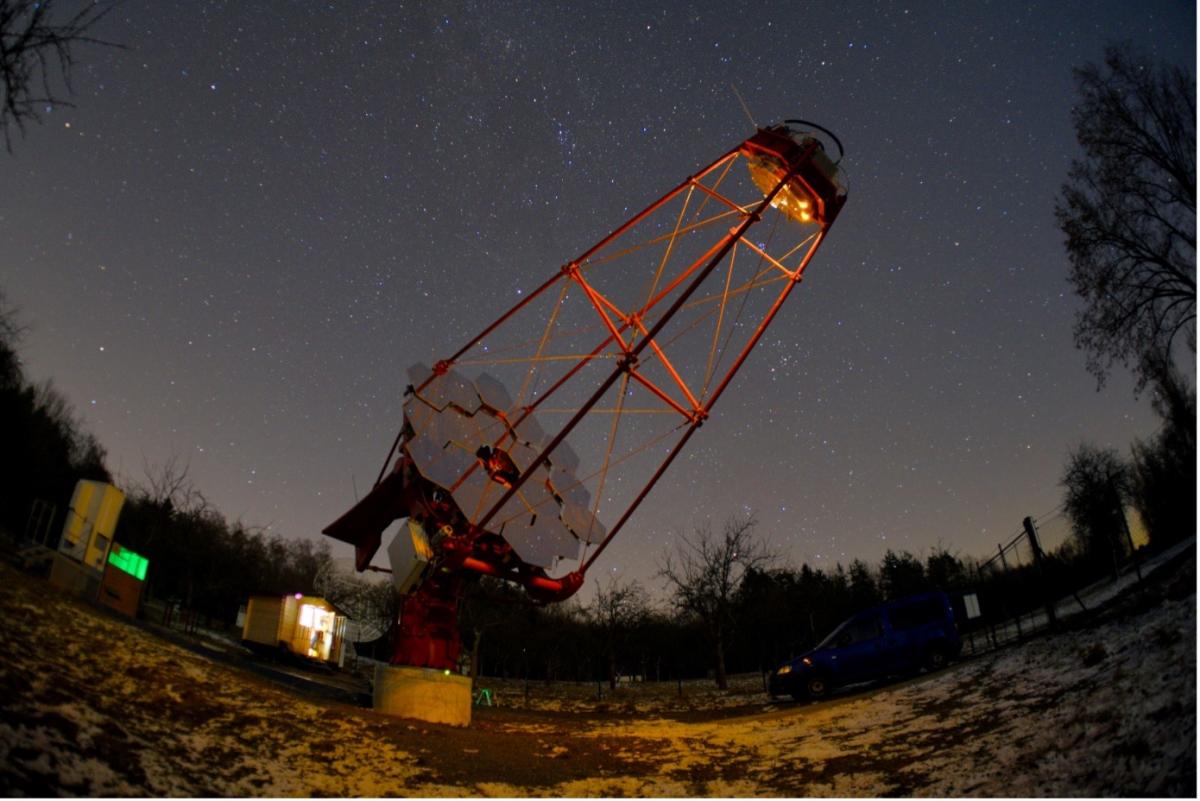 On Wednesday, February 23, 2022, the SST-1M gamma-ray telescope started first observations from the Observatory of the Astronomical Institute CAS in Ondřejov. The telescope will detect gamma rays of very high energy originating from sources in our Galaxy or more distant locations of the Universe. The project is realized in teh international collaboration of reserachers from CAS, Palacký University in Olomouc, and teams from Switzerland, Poland, and Ukraine.

During the fine-tuning of mechanical systems of the telescope and the camera the telescope obtained the first data from several sources in the sky including events coming from the Crab nebula. Recorded data include not only full sprays of secondary cosmic radiation caused by the interaction of the primary particle in the atmosphere but also individual particles in the spray such as the muons imaged in the form of “muon circles” on the camera. Muons are created almost exclusively in sprays initiated by protons or other hadrons.

Since 2021, two SST-1M Cherenkov telescopes are being built at the Ondřejov observatory that have originally been developed as small telescopes for the Cherenkov Telescope Array observatory. The prototypes were initially constructed in Krakow, Poland, where they gathered data as individual units and later they have been moved to Ondřejov.

The SST-1M consortium is now looking forward for fitting the second telescope with a high-quality camera. This will enable to operate the telescopes in coincidence, or stereoscopic regime in much better observing conditions in Ondřejov. The goal is to gradually optimize the properties of the whole system for the observation of sources of cosmic ray photons with energies around 1 TeV and the tested device then use also on other observing locations in higher altitudes in the framework of forthcoming international projects. 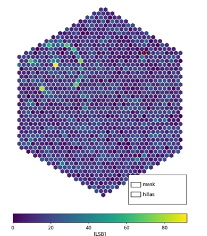 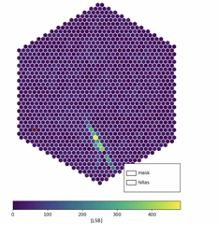 In relation to recent events, the whole SST-1M consortium highly appreciates the contribution of Ukrainian colleagues to commencing of both Cherenkov telescopes. The key institutions constituting the consortium are the University of Geneva, Switzerland, Instytut Fizyki Jądrowej PAN in Krakow, Poland, representing 13 Polish institutions, the Academy of Sciences od the Czech Republic, and the Palacký University in Olomouc. The Swiss partners designed and realized the mechanics of the camera and unique detection system based on new technology utilized in high-energy gamma astronomy – the silicon photomultipliers (SiPMs). For the optical system of the telescope the Institute of Physics and Palacký University are responsible within the international team of SST-1M. The Astronomical Institute CAS provides support for building and operation of the telescopes. Polish partners designed the mount of the telescope, its control, and fully digitized electronics of the camera. They have also considerably contributed financially to the building of the necessary infrastructure in Ondřejov.

Numerous reserachers from the Joint Laboratory of Optics contribute to the SST-1M project. The mirrors of the telescopes have been manufactured at the JLO optical workshop according to the technology designed by dr. Petr Schovánek. Deposition of thin films has been performed by dr. Libor Nožka and Mgr. Lukáš Václavek, Mgr. Martin Vacula and Mgr. Vlastimil Jílek measured the parameters of the mirrors. Installation of the telescopes in Ondřejov has been to a significant portion carried on the shoulders of dr. Dušan Mandát and dr. Miroslava Pech, while Mgr. Vacula and Mgr. Jílek contributed to the installation and adjustment of the optics. Dr. Mandát and Dr. Pech contribute to the development of software for telescope navigation and correction of mechanical errors, too. "As soon as the second camera is installed in March 2022 and the functionality of all subsystems undergoes detailed tests, the development of system for time synchronization will follow which appears to be a pioneering effort in the CTA project", says Dušan Mandát. In this way, the door to the to the stereoscopic regime of Ondřejov telescopes will be opened. Inseparable part of the telesope systems is also the monitoring device of environmental parameters and sky status that was developed by dr. Ladislav Chytka and Daniel Staník. The team of particle physicists at JLO is getting ready for the analysis of experimental data acquired by the telescopes.

The participation of the Czech Republic in the CTA project, for which the prototypes of the telescopes have been created, is ensured by the MEYS ČR in the framework of projects of large infrastructures LM2015046, LM2018105, and OP RDI project CZ.02.1.01/0.0/0.0/16_013/0001403. Another MEYS CR project LTT17006 supports the scientific analyses of the data. The commencing and operation of the telescopes is also supported by the Academy of Sciences of CR in the framework of the program Space for Humankind that is a part of Strategy AV21.