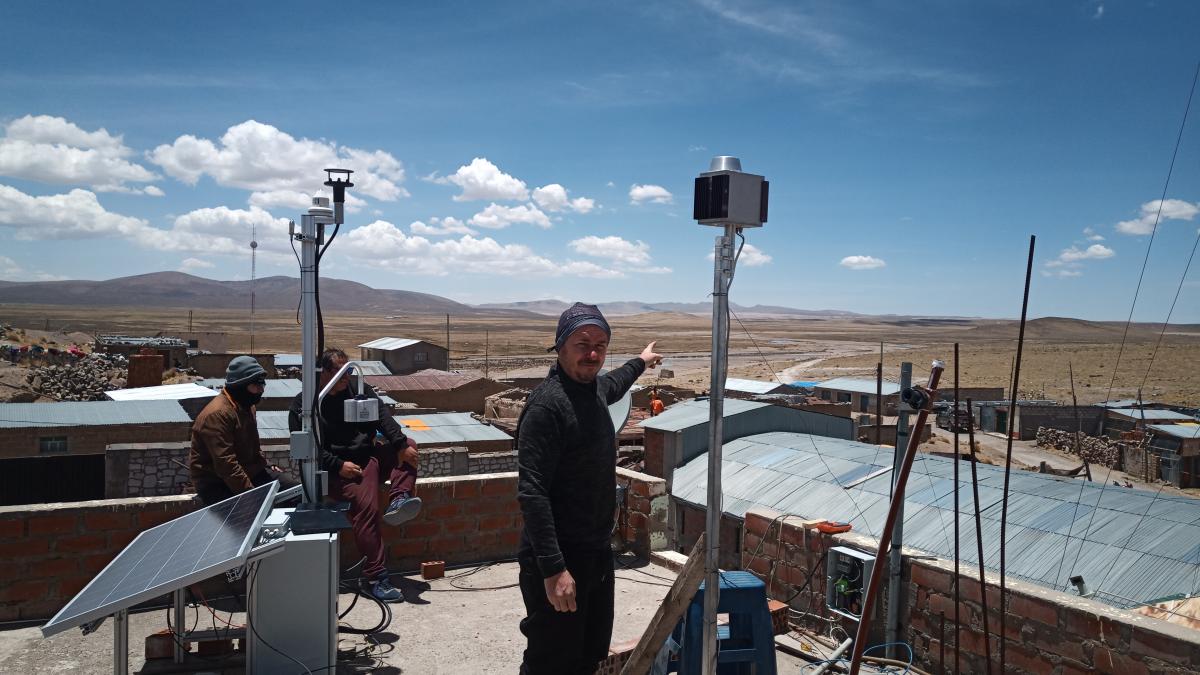 Dr. Dušan Mandát from the Joint Laboratory of Optics visited in the past days together with his colleagues from FZU Dr. J. Vícha and Ing. A. Bakalová Arequipa in Peru, the candidate site for building of the future Southern Wide-field Gamma-ray Observatory (SWGO). The National University San Agustín de Arequipa (UNSA) is one of 54 institutions from 12 countries that participate in SWGO. In the current phase of the project, the group of researchers from the Czech Republic is devoted to evaluation of locations where the observatory could be constructed. The rector of UNSA Dr. Hugo Rojas Flores and vice-rector for research Dr. Henry Polanco Cornejo emphasized the importance of the fact that Arequipa is considered for this scientific collaboration and guaranteed the necessary support. The suggested land is located in Imata and Yanque in the province of Caylloma and they have been selected for their altitude exceeding 4000 meters above sea level, flat geography, well developed transport system, and accessibility of water and electric power resources.

The planed SWGO is an activity of scientists researching high-energy gamma photons. The observatory is designed as an all-sky detector making use of the interaction of secondary particles generated by the primary gamma photon in the atmosphere using water Cherenkov detectors. The observatory will be built in South America. The researchers from the Joint Laboratory of Optics participate in the development and installation  of devices serving for characterization of candidate sites. Besides already mentioned locations in Peru, areas in Bolivia (La Paz), Chile (Atacama Astronomical Park), and Argentina (San Antonio de Los Cobres) are under consideration. The data obtained by the AEROSITE (Autonomous Environmental and Scientific SWGO site Characterization Instrument) will serve for the comparison of candidate sites and selection of the optimum location for the future experiment. In the city of Imata (one of the considered sites in Peru) an all-sky camera that measures the quality of the atmosphere a obtains the parameters for potential placement of optical Cherenkov telescopes intended for energetic calibration of water Charenkov detectors has been installed. The experts from the Joint Laboratory of Optics are working on a design of such optical telescope and optimization of its components with the goal to minimize systematic errors of the reconstruction of energy of the primary gamma photon.

The SWGO project is besides the CTA project (Cherenkov Telescope Array) already the second project directed towards the detection of high-energy cosmic gamma rays that the Joint Laboratory of Optics participates in. "Both projects appropriately complement each other at several levels. SWGO will primarily serve as a detector of new high-energy gamma photon sources. The southern CTA observatory in Chile (at Paranal) will further investigate those sources with a much better angular and energetic resolution," described the role of both observatories dr. Dušan Mandát. The scientists from JLO are involved in the teams of both observatories. Therefore both projects, CTA and SWGO, can benefit from the experience of JLO workers and make use of the transfer of their knowledge.