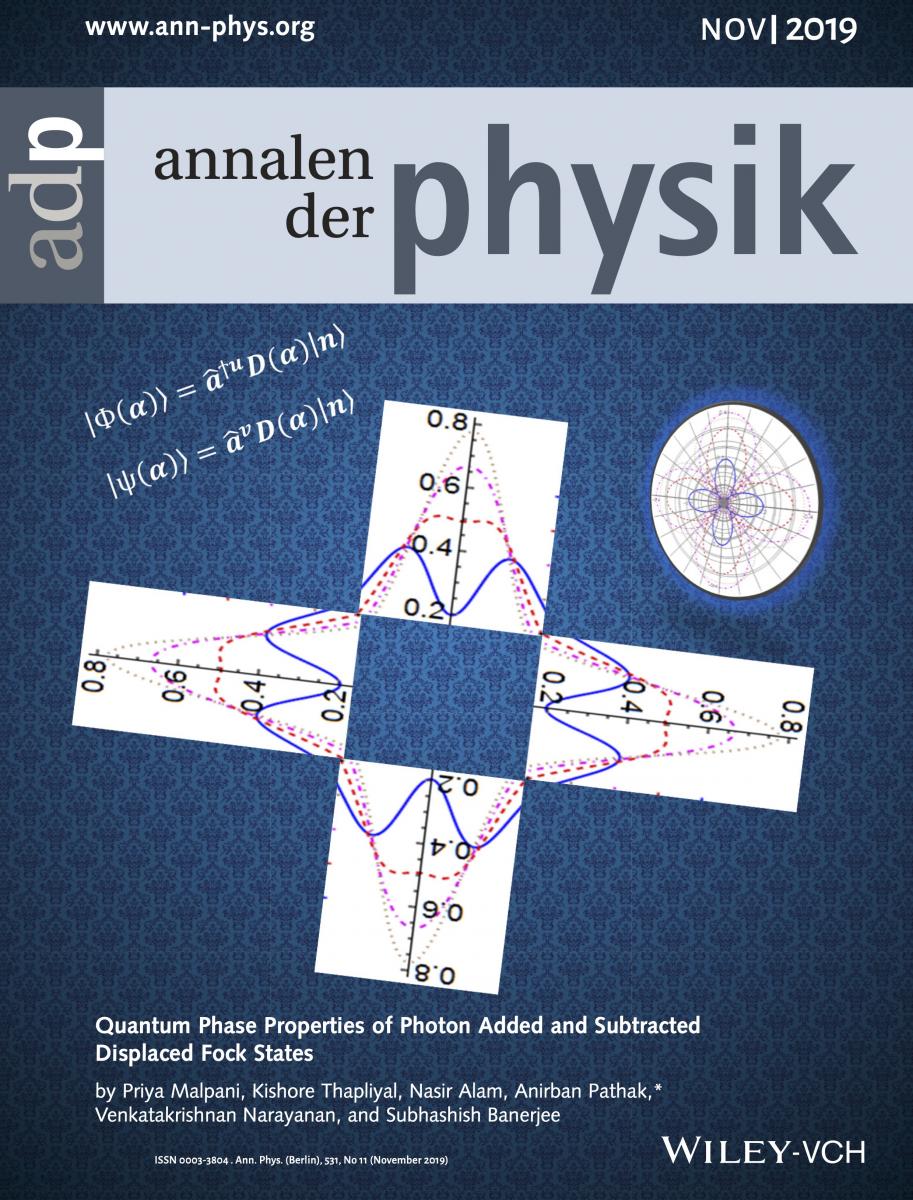 A recent paper in Annalen der Physik co-authored by JLO scientist Kishore Thapliyal has been featured on the backcover of the November issue of the journal.

The paper (Malpani, P; Thapliyal, K; Alam, N; Pathak, A; Narayanan, V; Banerjee, S: Quantum Phase Properties of Photon Added and Subtracted Displaced Fock States, Ann. Phys.-Berlin 1900141 (2019), 10.1002/andp.201900141) deals with photon added and subtracted displaced Fock states from a number of perspectives, and it shows that the quantum phase properties are dependent on the quantum state engineering operations performed. The photon subtraction is observed to be a more powerful quantum state engineering tool in comparison to the photon addition. The relevance of the engineered quantum states in the quantum phase estimation is also discussed.

END_OF_DOCUMENT_TOKEN_TO_BE_REPLACED

Searching for neutrinos from blazar flares with Fermi-LAT and IceCube