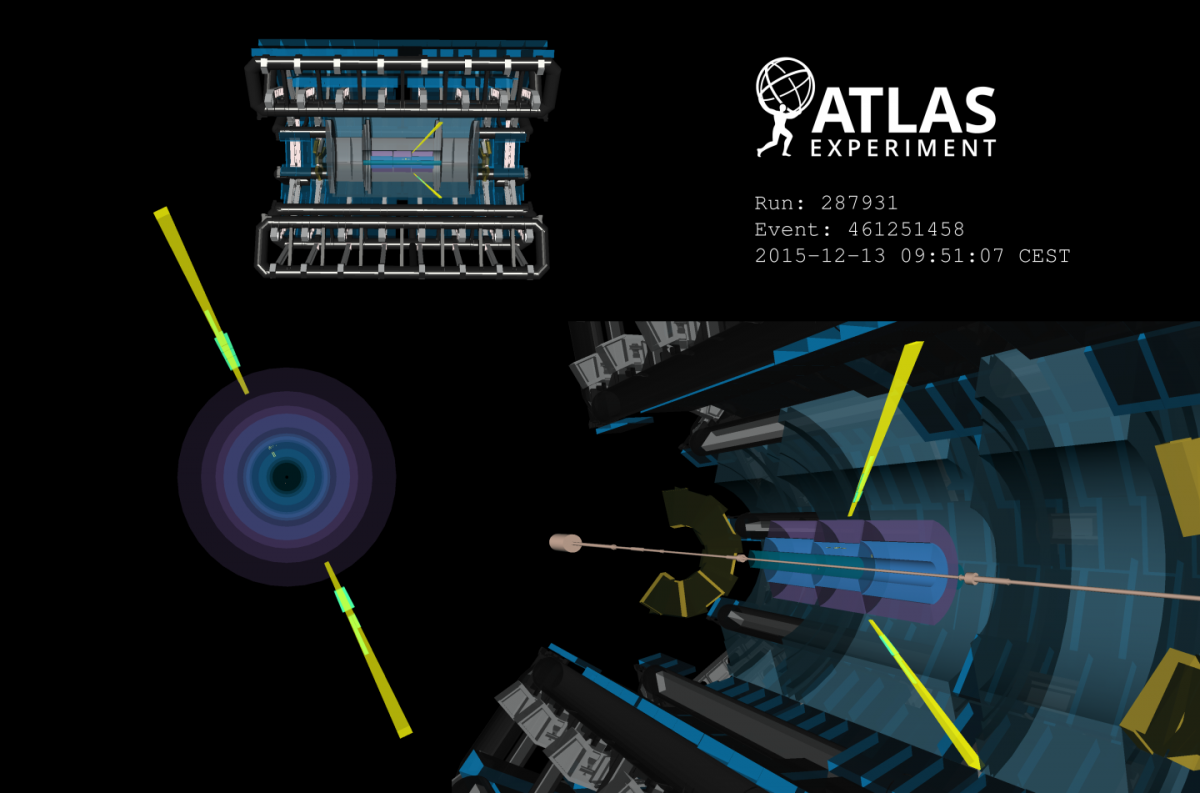 Geneva, 14 August 2017. Physicists from the ATLAS experiment at CERN have found the first direct evidence of high energy light-by-light scattering, a very rare process in which two photons – particles of light – interact and change direction. The result, published today in Nature Physics, confirms one of the oldest predictions of quantum electrodynamics (QED).

"This is a milestone result: the first direct evidence of light interacting with itself at high energy,” says Dan Tovey, ATLAS Physics Coordinator. “This phenomenon is impossible in classical theories of electromagnetism; hence this result provides a sensitive test of our understanding of QED, the quantum theory of electromagnetism."

Direct evidence for light-by-light scattering at high energy had proven elusive for decades – until the Large Hadron Collider’s second run began in 2015. As the accelerator collided lead ions at unprecedented collision rates, obtaining evidence for light-by-light scattering became a real possibility. “This measurement has been of great interest to the heavy-ion and high-energy physics communities for several years, as calculations from several groups showed that we might achieve a significant signal by studying lead-ion collisions in Run 2,” says Peter Steinberg, ATLAS Heavy Ion Physics Group Convener.

Heavy-ion collisions provide a uniquely clean environment to study light-by-light scattering. As bunches of lead ions are accelerated, an enormous flux of surrounding photons is generated. When ions meet at the centre of the ATLAS detector, very few collide, yet their surrounding photons can interact and scatter off one another. These interactions are known as ‘ultra-peripheral collisions’.

“Finding evidence of this rare signature required the development of a sensitive new ‘trigger’ for the ATLAS detector,” says Steinberg. “The resulting signature — two photons in an otherwise empty detector — is almost the diametric opposite of the tremendously complicated events typically expected from lead nuclei collisions. The new trigger’s success in selecting these events demonstrates the power and flexibility of the system, as well as the skill and expertise of the analysis and trigger groups who designed and developed it.”

ATLAS physicists will continue to study light-by-light scattering during the upcoming LHC heavy-ion run, scheduled for 2018. More data will further improve the precision of the result and may open a new window to studies of new physics. In addition, the study of ultra-peripheral collisions should play a greater role in the LHC heavy-ion programme, as collision rates further increase in Run 3 and beyond.